You can also group together companies who run giveaways. Set up a Twitter list depending on the type of prizes you’d like to win – local businesses, toys, football, books, etc –  to focus your comping. Lists can be public or private (a great way to see what your competitors are up to without them knowing!), and when you view a Twitter list, you see a timeline of tweets only from the list members.

You don’t need to follow someone to add them to a Twitter list. If you want to cut down on the number of people you follow, use lists as a way to organise them. If you have reached your 5,000 follow limit, use UnfollowerStats to unfollow lots of users at once (see my guide to using it here), and add them to lists instead.

Log in to www.twitter.com, then choose Lists from the left hand menu. On the lists page you can see: 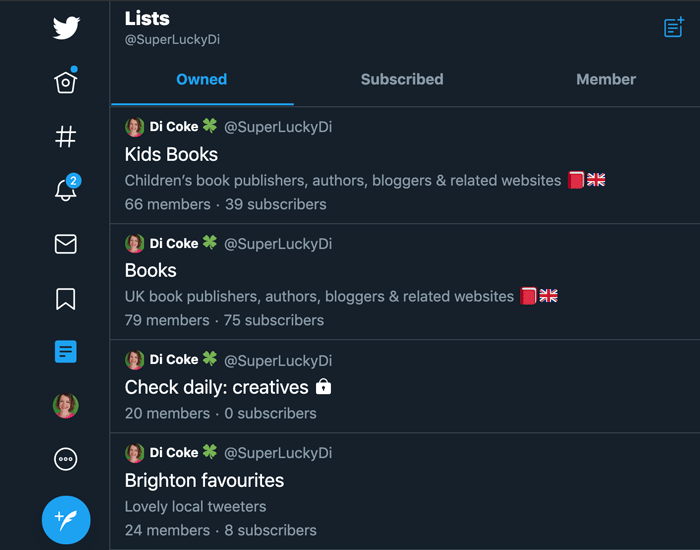 If you want to view a list frequently, save the link to your browser bookmarks using Cmd-D or Ctrl-D.

On the Twitter Home page, tap your photo to go to your profile and select Lists to see all the lists you subscribe to.

From the main Lists screen, tap a specific list name to view the tweets sent from members of that list. 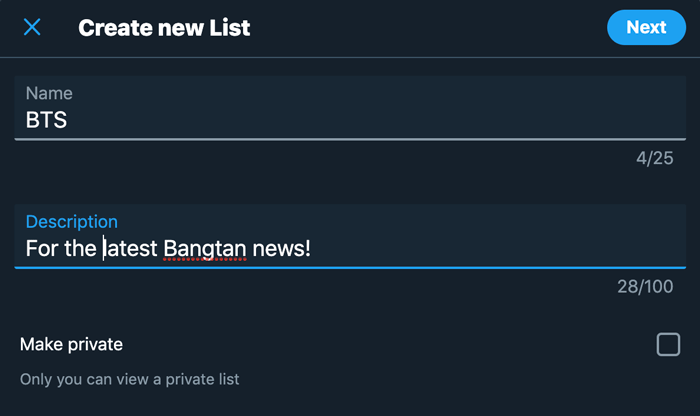 This removes you from the list. You can choose whether to leave them blocked, or unblock them again. If you want to unblock, you should be able to tap the pop up to Undo!

You don’t always have to start a list from scratch – you can search for other lists on the same topic, and either subscribe to them or add members to your own lists. Search for public lists that other users have already created using Google – for example, to find Twitter lists with the word compers in, use this search string:

This tells Google to only give results from Twitter that have the word lists in the web address – and compers in the list name. Swap the word compers for anything you like – your hobby or local town for example.

You can check out my public lists at twitter.com/SuperLuckyDi/lists (I have a lot of private ones too!)

If you use Tweetdeck or Hootsuite to manage your Twitter account, add columns for each of your lists – at the top you can use the filters to search for the words win or competition. It’s a great way to find comps!

How do you use Twitter lists? Tell me in the comments!