‘Shazam it!’ is a phrase that’s become rather common in our household. Shazam is an app for phones and tablets which identifies music within seconds and tells you what it is. It’s brilliant for identifying an old rave anthem playing in a club, a shoegazing track playing in Wilko or the music on a Coke ad. You could also use it to cheat in a music quiz – but I hope you wouldn’t!

How does it work? Shazam has a database of more than 11 million songs, and will use your phone’s built-in microphone to capture an ‘acoustic fingerprint’ which it will try to match against a song in that database. If it does, the artist, track and album details are shown on the screen, along with a thumbnail image of the artwork, links to buy and listen to the track and, if relevant, a YouTube video. Shazam is a great way for radio stations to see what tracks people are currently interested in – and popular ones are often added to their playlists. Shazam was bought by Apple in 2017.

As well as listening, Shazam can identify visuals – look out for the Shazam logo on products or adverts, then open the app and tap the camera icon to scan and reveal exclusive content.

Shazam has already been used for several promotions – usually you have to Shazam a specific song, an advertisement, or a logo on a product. When you do you’ll be able to access an entry form via the app. It’s currently more popular for US promotions, but occasionally we see it used in the UK. Shazam does feature advertising banners, but you’ll notice that some of these are also competition links.

Use Shazam with a microphone

Use Shazam with a camera 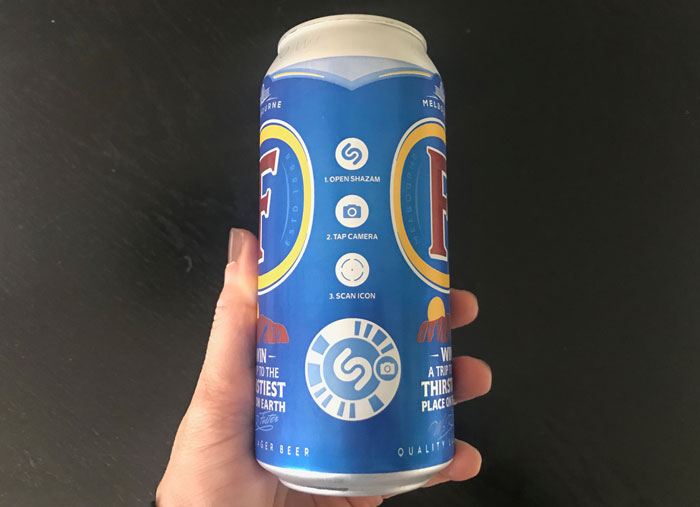 If you want to reload a previous Shazam (for example, to enter a daily competition) tap it in your history list.

As for how to find competitions on Shazam, your best bet is to keep an eye on the @shazam Twitter feed for the latest news – happy Shazaming!